I Didn’t Know Squat about Cancer

Cancer (in general) and oral cancer were certainly topics that I learned about in our medical/dental training 18 years ago, but after reading The Emperor of All Maladies: A Biography of Cancer by Dr. Siddhartha Mukherjee, I realized just how little I actually knew.  To tell the truth, after reading the book, I now have a mere glimpse into the complex set of 100+ diseases that we call cancer.

A quick reassurance: this article does NOT contain any gross pictures that might upset readers.

The History of Cancer as a Readable Story 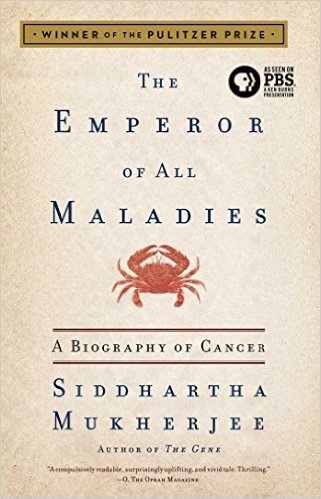 I first learned of this book as recommended reading on the Rationally Speaking podcast sometime in 2016, and I picked it up at Barnes & Noble , along with Dr. Mukherjee’s newer book The Gene: an Intimate History, which I’m now starting.  I’ve been interested in the topic of cancer for a couple years from being involved with the Skeptical movement that debunks pseudoscience and quackery in dentistry and medicine.  Sadly, there is a lot of woo and pseudo-medicine around cancer for many reasons, and I’ll address those towards the end of this article.

The book, published in 2011, won the Pulitzer Prize (among many other awards) and was made into a PBS mini-series, which I haven’t watched yet; it’s supposed to be quite good.  The easiest way to sum it up (for those who prefer the tl;dr version) is quoted here from the back of the paperback edition:

The Emperor of All Maladies is a magnificent, profoundly humane “biography” of cancer – from its first documented appearances thousands of years ago through the epic battles in the twentieth century to cure, control, and conquer it to a radical new understanding of its essence.

The story of cancer is a story of human ingenuity, resilience, and perseverance, but also of hubris, paternalism, and misperception.  Mukherjee recounts centuries of discoveries, setbacks, victories, and deaths, told through the eyes of his predecessors and peers, training their wits against an infinitely resourceful adversary.

Yes, the book includes technical discussions of cancer signs and symptoms, diagnosis, treatment, chemotherapy and surgery and radiation, but I was truly impressed at the author’s writing.  Even the lay public can read and understand most of it.  He tells stories of fear, pain, loss, anticipation, ego, politics, research, initial victories that come to nothing and then something unexpected that revolutionizes understanding or treatment.  And because so many of us have had cancer or watched friends and/or family with it, whether to remission or death, we feel what the patients in the stories feel.  For those of us in dentistry and medicine, or for those in the research community, we know that agony of an idea that bears no fruit after years of effort and the twist of luck that reveals something unknown and new that offers a new way forward.  Yes, there is the politics of research funding, the intra-researcher feuding and egos, the corporate funding that is so often despised but still valuable.  We see what happens when a powerful and rich person suffers with the disease, stimulating a rush of money into research, whereas the poor continued to suffer in indignity and squalor because they were invisible, unknown, and without money for treatment.  The biography of cancer is a long, complicated, and painful one, but filled with stories of determination, insight, passion, curiosity, and human ingenuity.

One of my 2 critiques of the book is of its organization.  While the introduction and first chapters introduce some of the human characters and begin tracing the ancient history of cancer, once Dr. Mukherjee reaches the advances of the 1800s and on, the chapters divide into multiple story arcs.  These arcs include surgical procedures, the attempts to define and categorize cancers based on appearance and eventually cellular structure, developing cancer drugs, environmental and occupational hazards, insights into genetics, and so much more.  Each arc is treated separately, covers decades or even centuries, yet everything overlaps.  When he jumps back and forth to connect dots, it’s a little confusing.  Otherwise, it’s well-written and at times impossible to put down.

FAQs in the History of Cancer

While the book is too long to review here fully, here are a few details that I found fascinating:

If there is one (complex) message that is crystal clear throughout this book, it is this, and these are my words, not quoted in any way:

We need to stop talking about “cancer.”  That singular word is a horrible simplification of an unbelievably complicated set of genetic, environmental, and random mutations in our DNA that lead to rampant, uncontrolled cell growth.  It creates the false impression that we only need a cure or treatment for one disease, when the truth is that every tumor is different, even within the same type, so that every person needs slightly different care for the best chance at short- and long-term survival.  We need a new way of talking about it that informs the public of how complicated a set of diseases this is.  In fact, this is why I think that Vice President Biden’s “Cancer Moonshot” program is a very bad idea; it’s just the newest incarnation of old ideas that we can find “a” cure for cancer, when reality is that we need many treatments.  Yes, there needs to be massive governmental funding of both basic research and cancer-specific research, but the public deserves to know how hard it will be and how much longer there is to go.

Ultimately, it will take big pharmaceutical companies, artificial intelligence and big data, the government, universities, and small startups with passionate, creative, driven people to map out a complete set of treatments.  They must continue identifying genetic factors, environmental factors, age-related factors.  They must continue investigating a huge range of compounds that will target the cancer cells but leave normal cells untouched.  There will be steps forward and steps back.

Above all, we must not oversimplify.  We must accept the enormously complex task at hand and that there is no simple answer or single cure.  It has been and will be massively expensive and take decades to complete, if there even is a way to say the journey is “complete” one day.  And throughout this journey, we must always remember: there are people suffering, and no matter what evidence, treatments, or cures that we find, in the end, it’s all about the person in front of us, not the disease. We must remember to Make the Evidence Care.

Oral Cancer is One of Over 100 Types of Cancer

As a dentist, my second critique of the book is that it barely even mentions oral cancer.  Interestingly, despite oral cancer being something for which we check on every one of our patients at their checkups, I can only recall 4-5 patients in my 18-year career to date whom I referred for evaluation, who did have oral cancer.  Fortunately, all of them were caught at an early stage and were treated successfully.  One patient who had osteosarcoma (bone cancer) of the lower jaw when she first came to me ended up losing her lower jaw, but I never learned what happened to her after that.

For some general FAQs about oral cancer:

And just to stress how effective Gardasil is, and why you should absolutely have your children vaccinated, it’s recently been reported that HPV infections have been decreased by up to 90% following the introduction of Gardasil.

Unfortunately, even in 2016, the most effective method of diagnosis oral cancer is a visual exam of the head, neck, mouth, and throat, ideally with magnification and a bright light.  A manual exam (checking with our fingers) to check under your tongue, under your jaw, and down your neck (with permission) is equally important.  Beyond that, if we see anything that concerns us, a biopsy is the only way to be sure, and biopsies are most commonly done by oral surgeons or ENT physicians.

There are currently a couple of tests on the market that dentists can provide that claim to provide better screening than an excellent visual exam, but from what I understand, the evidence for them is so-so.  While I have only minimal experience with the tests, I find it revealing that neither oral surgeons nor ENT physicians use them.  If those other tests were so good, such doctors would certainly prefer a less invasive way to diagnose cancer than biopsies.

Myths, Pseudoscience, and Quackery – Things That Don’t Cause or Treat Cancer 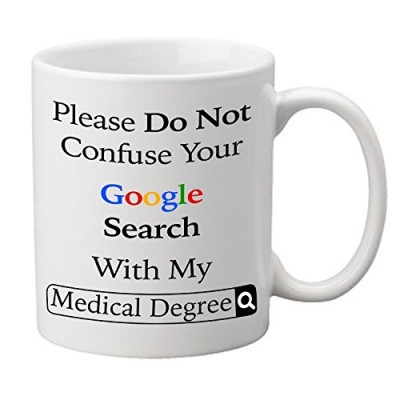 If there is one thing online that really gets me mad, it’s people who believe that, even without the slightest education in biology, chemistry, oncology, medicine, etc, they know that everything discovered by “Big Medicine” is a fraud.  I mean…..really?  So many people who believe that Big Medicine (along with Big Pharma, Big Ag, and who knows what other “Big” conspiracies there are) are exclusively in it for money, don’t care about patients, who apparently are trying to suppress “real” cures, etc., while only the outsiders with supposedly nothing to gain know the “truth.”  They offer such simple ideas that are appealing to those suffering and desperately searching for an easier way to treat their disease, because it’s true that chemotherapy, radiation, etc. can be harsh on the mind and body, and they aren’t guaranteed to work.  But if there is one truth that comes through, loud and clear, from Dr. Mukherjee’s book, it is that every single type of cancer is different, and that even the same kind of tumor in different people will be slightly different.  There are some things, though, that we know do not cause cancer:

If you have any questions about either a cause or cure that seems suspicious or too good to be true, one of the best places on the Internet for real information is Science-Based Medicine, and you can look through the SBM sub-heading of “Cancer,” or use the powerful Search feature.

And for those who think that doctors, nurses, pharmacists, and researchers who dedicate their entire professional lives to researching, understanding, diagnosing, and treating cancer patients are somehow in a vast conspiracy, I ask you to consider this article by The Credible Hulk: 10 Reasons Why Hidden Cancer Cure Conspiracy Theories Fail.  The whole idea of such a conspiracy is just absurd if you stop and think about the level of cruelty and inhumanity that would be necessary.

To make an appointment for a Complimentary Consultation or Check-up: