Why Do Dentists Still Use the Drill & Shots?

If you had to name 2 reasons why people hate getting dental work done, there’s no doubt that the drill and the shot would be in the top 5, if not Number 1 and 2.  Even as a dentist, I completely understand this; in December 2015, I had 3 fillings done and 1 tooth extracted (separate visits), and I didn’t like the sound of the drill or the zing of the shot either, nor did I like being numb for hours afterwards.  So why is it that, even in the year 2016 with all of the amazing technology available to us, dentists still use the drill to work on teeth and shots that make you numb for hours?

BTW – We Don’t Use Novocaine Any More 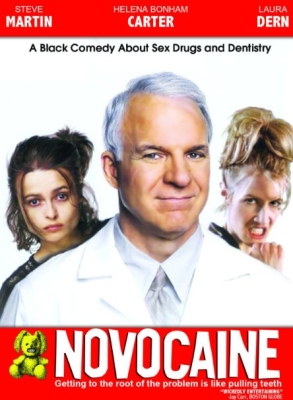 This is one of those little pet peeves that I’m going to mention quickly, not that I expect it to make a difference.  🙂  If you were born after 1980 or so, you have never ever EVER had novocaine.  Not once.  I don’t care what you think – you haven’t.  How can I be so sure?  Easy – it was discontinued in the early 1980’s.  My fellow blogging dentist Dr. Nicholas Calcaterra wrote more about the evolution of dental anesthetics in his excellent article Dental Mythbusters #4: Dentists Still Use Novocaine if you’d like to know more.  But you CAN still watch the Steve Martin film if you really want some Novocaine.  😀

Those Dang Nerves Aren’t On the Surface

It’s an unfortunate fact of anatomy that the nerves that give our teeth sensitivity to temperature and pressure are deep inside the gums and bone where we can’t easily reach them.  Honest-to-goodness, we have to give shots of numbing anesthetic because there’s really no other way to get the anesthetic where it needs to be.  If the nerves were shallower, we could use numbing gels alone, but they aren’t, so we can’t.  Yep, it sucks.

It is true that there are some extremely potent anesthetic gels that can be used for kids and in adults for areas where the bone is relatively thin.  However, they can only be used in those areas of thin bone, and they tend to not last as long, and if they’re not used very carefully, they can cause chemical burns of the gums that will take several very painful days to heal.  Given the limitations and the risks, you can see why most dentists don’t use them.  Lastly, they usually have to be custom made by a compounding pharmacist, and there aren’t a lot of them around, so they’re difficult to even come by. 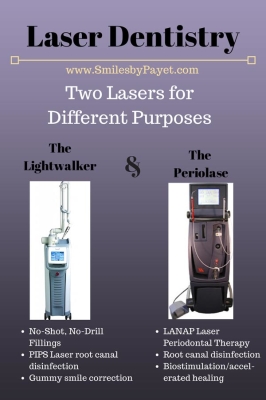 To be clear, we don’t always use drills in our office, because we also offer Laser Dentistry, which is really awesome and cool.  But as much as I love lasers, there is one huge drawback to them: cost.  In our office, we have both the Periolase MVP-7 free-running pulsed Nd:YAG, which is primarily used for treating gum disease with the LANAP protocol, and the Lightwalker erbium hard/soft-tissue laser, which can be used for laser root canals, no-shot/no-drill fillings, and even oral surgery procedures (I don’t actually do those, but the laser has the capability).  Together, those 2 lasers cost me $125,000 ($70,000 for the Periolase, $55,000 for the Lightwalker).  No joke.  And that doesn’t even begin to count the costs of annual maintenance, repairs, and the disposable parts. 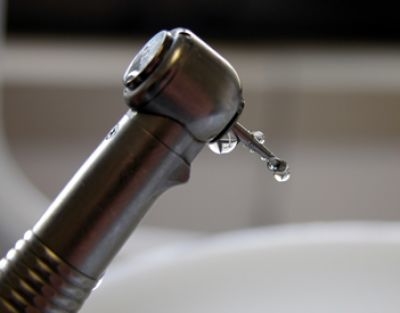 In comparison, you can buy a pretty nice dental drill for only $500-1000.  If a dentist really wants to splurge, we can buy electric (instead of air driven) drills that will cost about $4,000 per treatment room for the setup and $1500 per drill.

The other drawback to lasers when it comes to working on teeth?  They’re slower.  And you know what? This may come as a surprise to some people, but I’ve kinda noticed over the years that my patients don’t like being in the dental chair for a second longer than necessary.  I mean, who’d a thunk it, right?!?!?!?  And the simple fact of the matter is that most lasers simply aren’t as fast as drills.  I put the “most” there because there is one laser (that I know of) that is truly almost as fast as a drill, and it is an upgraded version of the same Lightwalker laser that we use, but it costs $90,000 instead of “only” $55,000.

See where I’m going with this?  I can spend $5-10,000 and get 10 drills that will last for 2-3 years depending on how heavily we use them, or I can spend $55-90,000 on just 1 laser.  Unfortunately, that’s the economics of it.  And when you’re in the chair, especially if you need extensive work, a drill is just way faster and more efficient at removing decay and tooth structure, which means you’ll be done faster.

So Why Do We Use Lasers Then? 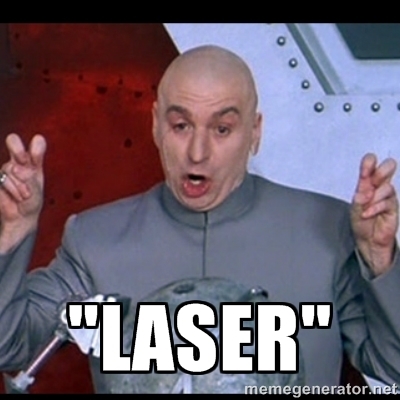 Can I let you in on a little secret?  Yeah?  Ok, first you have to promise not to tell my wife, who already thinks I spend too much on “expensive toys” in our practice.  Promise?  Good. Here you go: because they’re cool and awesome and they’re LASERS!  I mean, seriously, they’re awesome!

Ok, no, there’s actually more to it than that of course, and yes, my wife already knows about the cool and awesome part and that I geek out over technology. Here are the REAL reasons we use lasers in our office:

So basically, we use lasers because the cost is worth it to us to provide a better experience for our patients, and in return, those happy patients refer friends and family which builds our family of patients.  Win-Win!

But to finish answering the question raised at the beginning: even in 2016, dentists still use the shot and the drill most of the time because they’re cost-effective and fast (the drill) and the only way to get teeth and gums numb since the nerves are deep inside your body (the shot).