Before you sit down to read, might I suggest a strong cup of coffee and a favorite snack?  I’m about to take you on a journey like Alice in Wonderland, and you’ll want to be well fortified for the journey in a discussion of trust, authority, and reputation as it relates to how you choose a dentist (and maybe a few other things in life, too……). BTW – I do strongly suggest you follow the links scattered throughout the article, as each will go into more detail on whatever point I’m making.  It helps keep this particular article from becoming a book  🙂

Inspiration for A Trip Down the Rabbit Hole 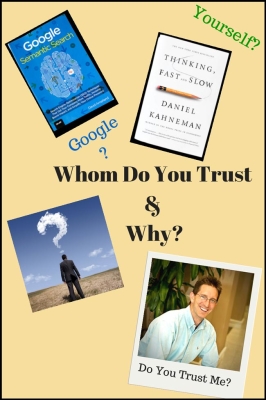 I’m waxing a little philosophical today, rather than the more purely scientific tone of several recent blog posts such as my last one on the difference between real medicine and holistic “alternatives“.  This journey is one inspired by several books and people with which, and whom, I’ve been engaged over the last 6-8 months.  First I’ll give you a quick list, and then I’m going to dive deep down the hole.  Are you ready?

Whom Do You Trust?

This may seem like a relatively simple question, but if you’ll ponder for a moment, really think about whom you trust.  Your teachers?  Boss?  Doctor?  Friends?  Facebook “friends” whom you’ve never met?  Celebrities?  Newscasters?  Church?  Government?  It’s a given that, in any one of those groups, you will trust some of them, but not all of them, and of the ones you trust, there are different degrees of trust.  Some you’d trust with your life, others maybe with your wallet, some with just your phone, and some you might trust with a pile of your dog’s s**t.  But why do you trust some and not others?  That leads us to the next question….

Why Do You Trust the People You Trust, But Not the Others?

This is becoming a difficult question in the digital age, don’t you think?  This is where one of the books comes in; in fact, it’s really the one that inspired this particular blog post: Google Semantic Search (see above for the link).  I learned about this book from the author himself, David Amerland, on my social network of choice, Google+.  He’s a truly remarkable guy, and is known around the world for his expertise on how Google indexes the massive amount of data created every day, and provides answers for all your questions, through what is called semantic search.   This basically means that Google is learning to actually understand what the data means, which already is drastically changing how Google Search works and will change it even more. In David’s book, he discusses how Google (and other search engines) are learning how to figure out, through semantic understanding, what people are writing on the Web.  Since Google’s entire reputation and business depend upon delivering trustworthy results, this is obviously critical to Google doing it’s job well.  Stop and think for a moment, though: how often do you ever bother going beyond the 1st page of Google results?  Probably never, right?  So basically – you’re trusting Google that the results you get are what you want.  But how do you know those results are actually trustworthy?

Here’s a fascinating video by VSauce (Twitter @tweetsauce) on just how many “things” are possible in our Universe (hint, it’s not actually infinite), to put things in perspective a little:

Fortunately, we don’t have to think about all that stuff in every decision we make about whom to trust, and why, but as I read through another of the books on that short list, Thinking, Fast and Slow (see title above for link), I was forced again and again to think about WHY I think and believe certain things, WHY I trust some people but not others, and HOW I came to those decisions.  Kahneman won the 2002 Nobel Prize in Economics for the way he applied his ground-breaking research into decision-making to the financial arena, so he’s no slouch.

As I read Kahneman’s book in early 2014, I was regularly amazed at how bad humans are at decision-making under difficult circumstances.  Heck, I have a graduate-level degree, read extensively, discuss many topics with experts online in many fields, and I regularly found myself picking the “wrong” answer in what seemed like pretty simple tests of logic.  It didn’t feel quite so bad when he explained that even large majorities of students in top Ivy League schools get them wrong, too, but still.  What I learned (among many things) was that we humans are remarkably capable of doing a lousy job of thinking, even when we like to believe otherwise.

Do You Trust Experts or the Rebels?

Especially in the USA these days, with the idiotic (just to make it clear where I stand on the issue) idea that we have to “teach both sides of the controversy,” such as in climate change, vaccine safety, the validity of science, etc. it often seems that trust in experts is slowly dying.  Somehow, people love the idea of the “lone wolf” who stands alone against the “Expert Consensus,” despite the fact that the “lone wolf” often doesn’t know what he’s talking about.  You might find this article an interesting read on the topic: The Death of Expertise by Tom Nichols, published in The Federalist in January 2014. (Update: Professor Nichols turned that article into a full book that is well worth reading, and which I reviewed here.) But why is this?  Why do people no longer trust experts?  After all, isn’t the point of being an expert, that you’ve studied something far more extensively, and thoroughly, than other people have, so maybe you actually know something that other people should listen to, instead of arguing with?  To relate this to dentistry most directly so far,  why do you go to the dentist if not to accept their advice?  Why go and tell the dentist how to do their job (and trust me, you’d be blown away by the number of people who try to do this) when you clearly don’t know how to do it yourself, or you’d be a dentist?!  Why do you think you know as much as people who spent 40 hours per week, for 4 years, when you’ve maybe spent a few hours on the Internet?

In Other Words, Why Should You Trust Me? 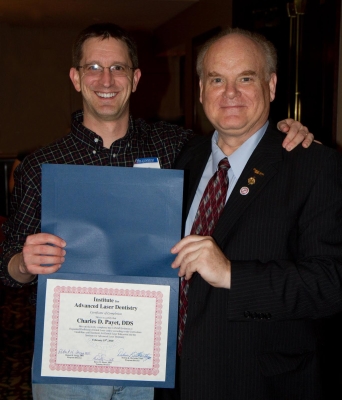 Does anyone else feel this way: the older I get and the more I understand, the less I know?  This is kind of the reason that I take so much advanced Continuing Education, as I talk about in my March 2013 article Does Your Dentist Already Know Everything?  I typically take 75-150 hours of CE per year (in 2012 it was 260 hours and nearly burned me out), even the North Carolina only requires 45 hours every 3 years.  That means I usually take up to 6-7 times more CE per year than required, and the reason I do so, is because that’s how I stay up-to-date on all the many dental procedures we do.

But do you trust me because I show you a photo of myself getting a certificate?  Or because my website shows up on the 1st page of Google a lot?  Well…….no, not necessarily, because hey – it’s the Internet, and remember, pretty much anyone can say anything, right?  Heck, even if I got on TV, that wouldn’t necessarily mean I’m trustworthy – after all, Dr. Oz is on TV, and he’s become one of the worst snake-oil salesman around and an embarrassment to the medical profession.

Come Meet Me is the Best Way to Trust Me

But above all – just come in and meet me.  🙂  And if you don’t trust me after that, the good news is that there are lots more dentists in Charlotte.  Granted – not many of them can do all the things I do, but a few can.  But seriously – call us up for a Complimentary Consultation or a New Patient Exam/Check-up, and I will do my best to gain your trust the old fashioned way…. by earning it.