Gum Disease is the Hulk, LANAP is Chuck Norris

My friend and dentist/blogging colleague of Saginaw, MI, Dr. Alan Mead wrote an article early in 2013 in which he compared Gum Disease to the Hulk.  It’s really a cool article, which I recommend you read in full, but I’ll paraphrase it here:

Gum disease is caused by a combination of bad bacteria, poor dental hygiene, and an immune system gone wild.  Just like mild-mannered Bruce Banner, who turns into the Hulk when he gets angry, when your immune system is trying to kill the bad bacteria but can’t (too many in the tartar and plaque), it starts going crazy and ends up damaging your own body.  Yup, that’s right…..a lot of the damage that is caused by periodontal disease is actually caused by your body insanely and mindlessly trying to kill bacteria.  So that’s how gum disease is like the Hulk.

LANAP Tames the Hulk Like a Chuck Norris Hook Kick

Chuck Norris once urinated in an 18-wheeler’s gas tank as a joke…….that truck is now known as Optimus Prime.

OK, you’re probably thinking that I am REALLY starting to mix my metaphors and super heroes, worse than mash-up of the Great Goblin, Bane, and the Predator, but give me a chance, ok?  I’ll pull it all together by the end, I promise.  😀 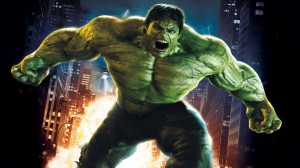 So we’ve established that gum disease is like the Hulk, in that your mild-mannered immune systems turns into a raging monster that destroys everything in its path, including your bone and gum attachment.  But LANAP is like Chuck Norris?  Let’s dig a bit deeper, shall we? 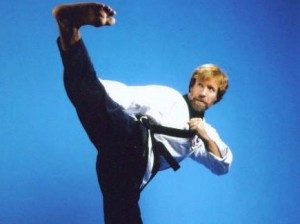 In almost every show Chuck Norris ever did, he puts the bad guys down with an incredibly precise, super-fast, impossible-to-stop spinning hook kick, usually while wearing cowboy boots.  Admittedly, the way the bad guys got up a couple times without spitting blood and teeth to take another couple hits before going down for good made ZERO sense, but hey, they were prime-time shows, right? In real life, Chuck Norris would be every dentist’s dream, creating new business in replacing teeth on a daily basis, but I digress…..

So once Chuck Norris kicks the living daylights out of the bad guys, law and order and goodness return, right?  Well, that’s kind of like when the Hulk turns back into Bruce Banner, right?  The monster is tamed, and people can go about rebuilding what he destroyed when he was going crazy.

See, this is EXACTLY how LANAP is like Chuck Norris taming the Hulk, because what the Periolase MVP-7 Free-Running Pulsed Nd:YAG laser does is the same thing with gum disease.  Here’s what the laser does:

So there you have it……with a precise and powerful laser blast (there’s more to it than that, I’m just summarizing to make my point, ok?), LANAP acts like Chuck Norris, delivering an impossibly powerful kick that tames the raging immune system (the Hulk) and stops gum disease in its tracks! 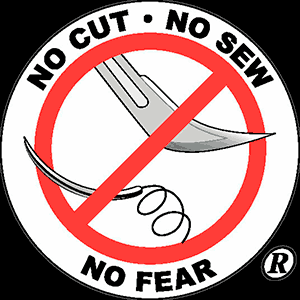 I’ve written about this before, but recently had a new patient consult tell me that another dentist told her that he could do LANAP with his laser.  It so happens that I know that this dentist doesn’t have the Periolase.  It is VERY important for patients to know…..there is only one laser that can do LANAP.  Don’t be fooled by pretenders. There are other laser companies that “claim” their laser can do the same thing, but there is one VERY important difference….not one of those other companies has ever gotten a single research article published that demonstrates their laser and protocol can get a similar result.

If you’re looking for an experienced LANAP dentist in North or South Carolina, please give us a call, and we’ll be glad to schedule a Complimentary Consultation for you.  If we’re too far away, contact Millenium Dental Technologies to find a trained and Certified LANAP dentist near you.

So what do you think?  Is my super-hero analogy too much of a stretch?  Spot on?  Doesn’t matter – let us know what you think in the Comments!  You can Like us on Facebook, give us a +1 on Google+, Pin us on Pinterest….just go to the little bar on the left to find your social media fave and spread the word on the goofy dentist who compares a laser to super hero.